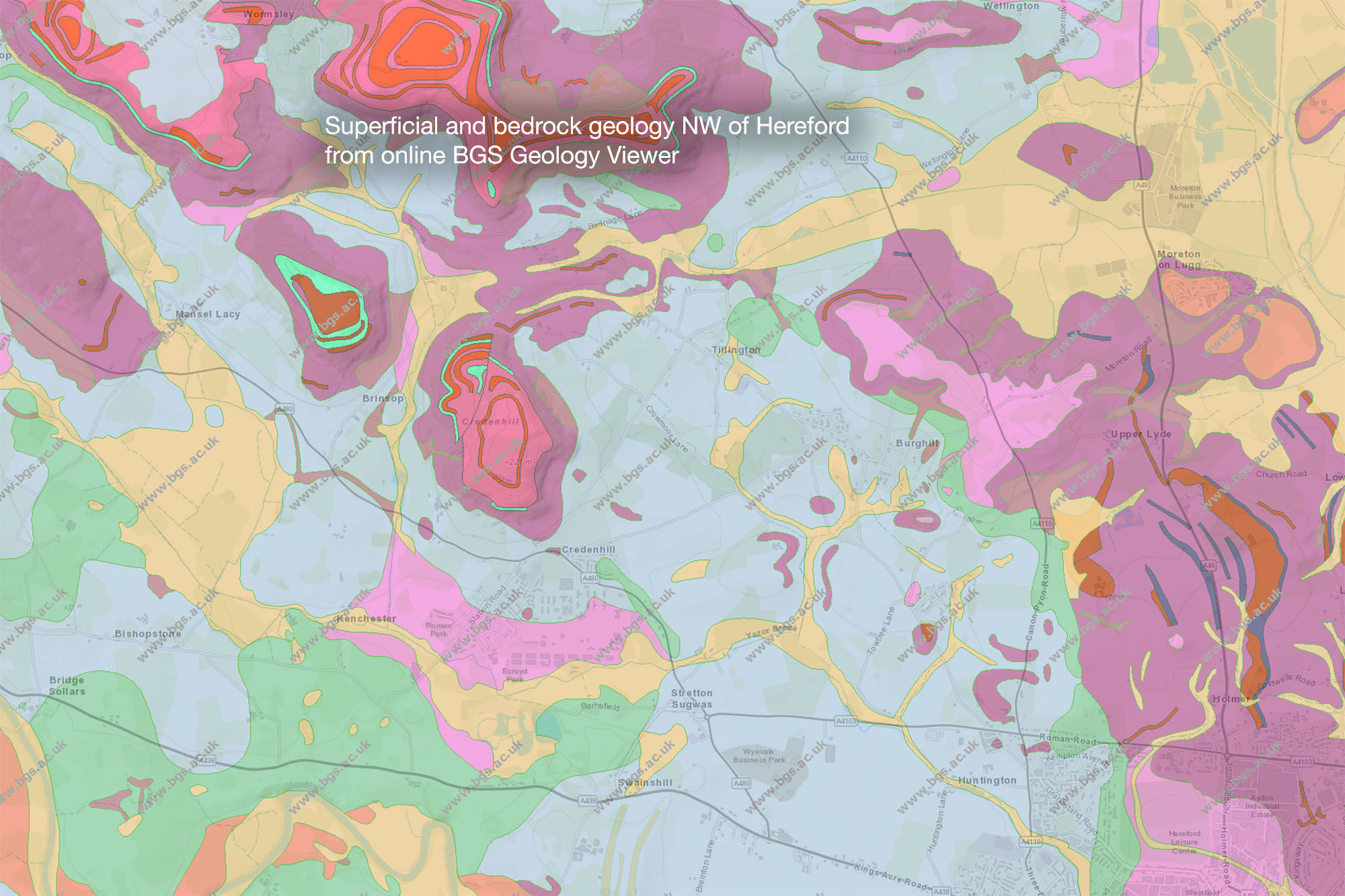 British Geological Survey (BGS)
A public organization whose responsibilities include creating and maintaining geological archives such as maps.

BGS: Maps can be consulted using an app called iGeology (free to download) or on their website.

Paper maps may be purchased via this website or from the map shop in Upton on Severn. They are convenient to use, but in some cases will be less up-to-date than the on-line resources.