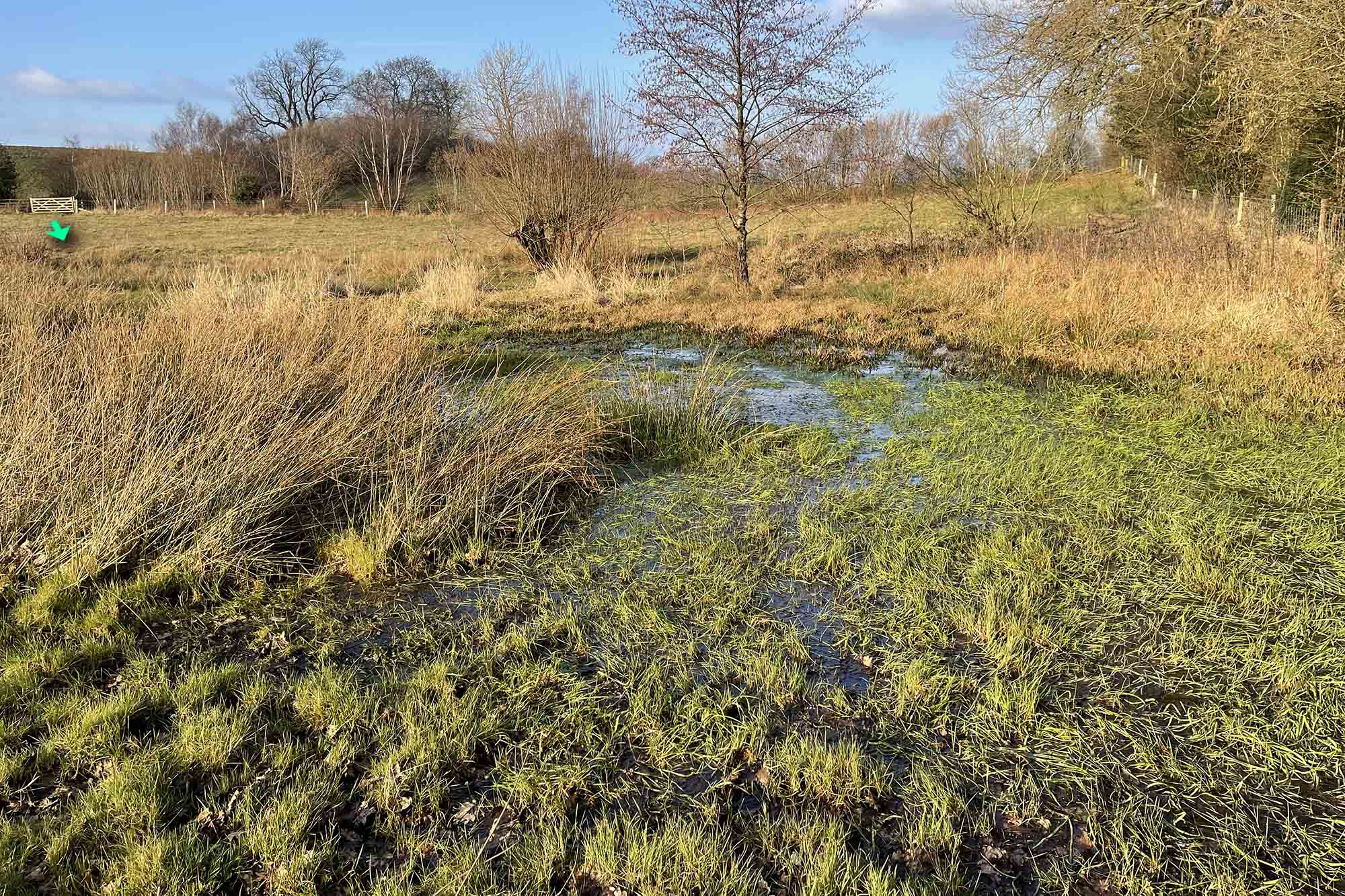 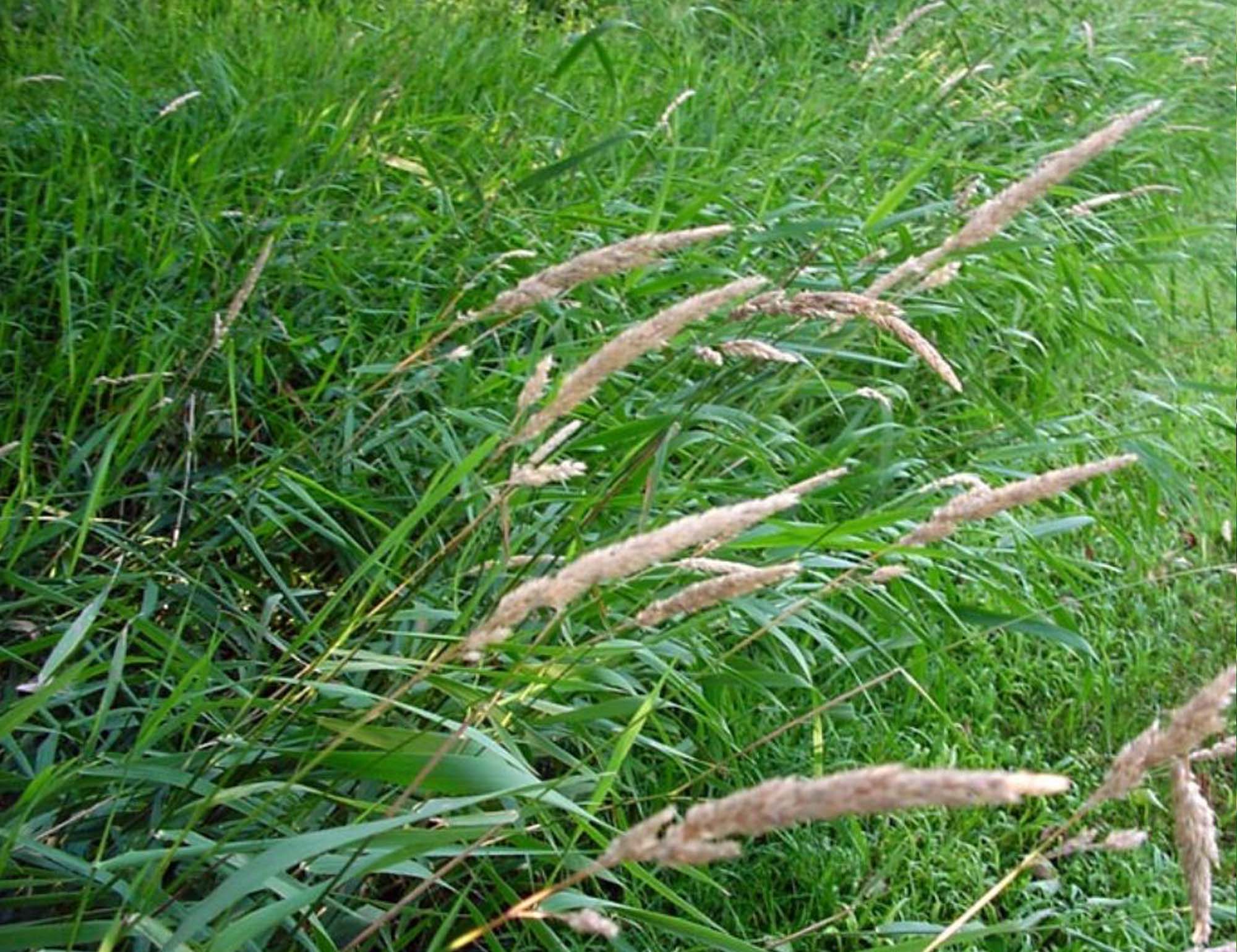 Plants in Crossway Pond
The marshy depression has much more varied vegetation; its most obvious feature is a dense stand of reed canary-grass (Phalaris arundinacea) around the deepest point. Other wetland plants include bladder sedge (Carex vesicaria), common spike-rush (Eleocharis palustris) and lesser spearwort (Ranunculus flammula). 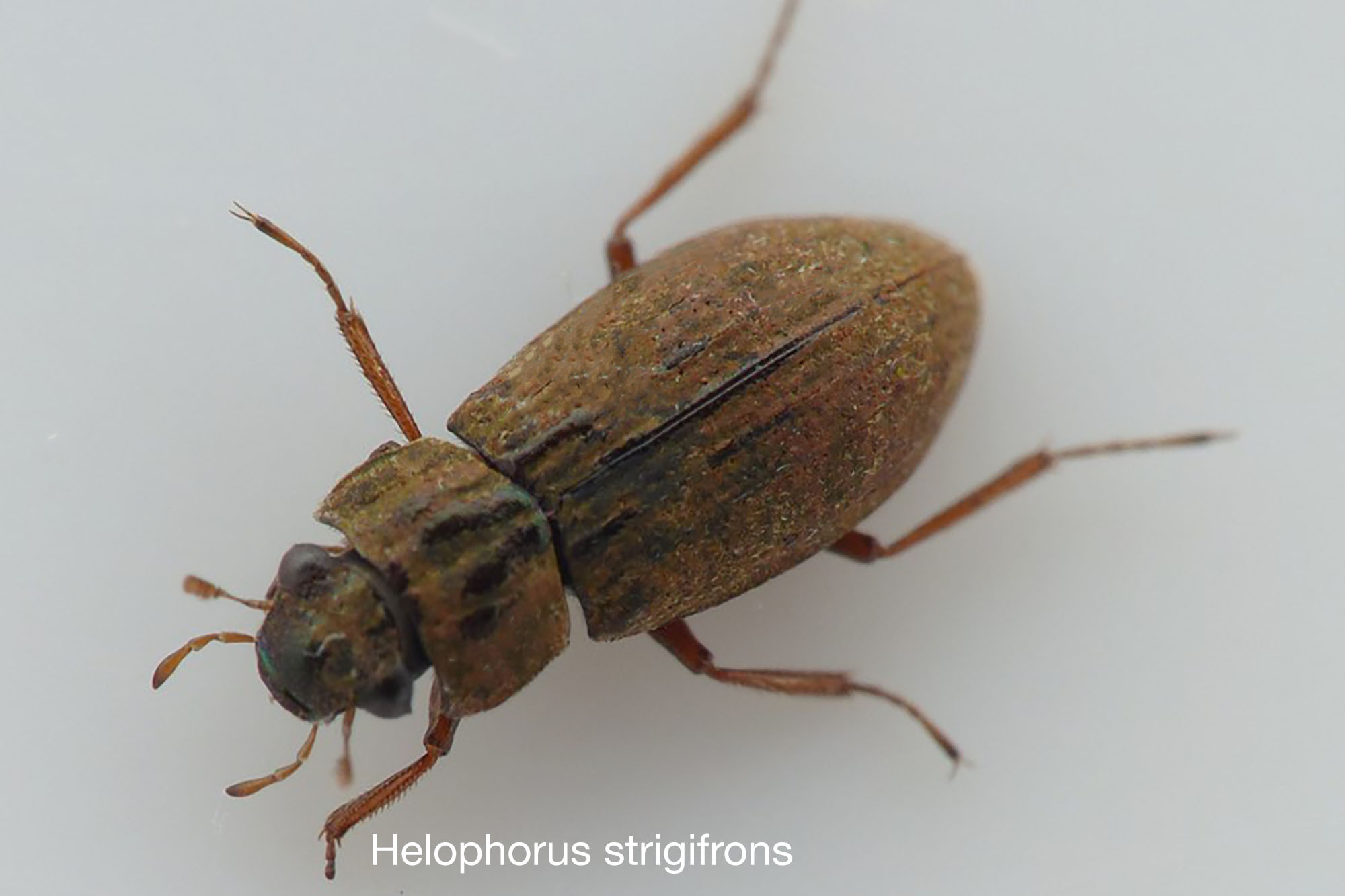 Aquatic invertebrates
13 species of water beetle were found when the marshy area was surveyed in 2019, but no other aquatic invertebrates. The beetles included large numbers of the Nationally Scarce species Helophorus strigifrons, also found in the Foolway Piece pond; these small seasonal water bodies provide ideal habitat for this species. Common frogs (Rana temporaria) are known to breed in the marsh, although tadpoles were not seen here in 2019. 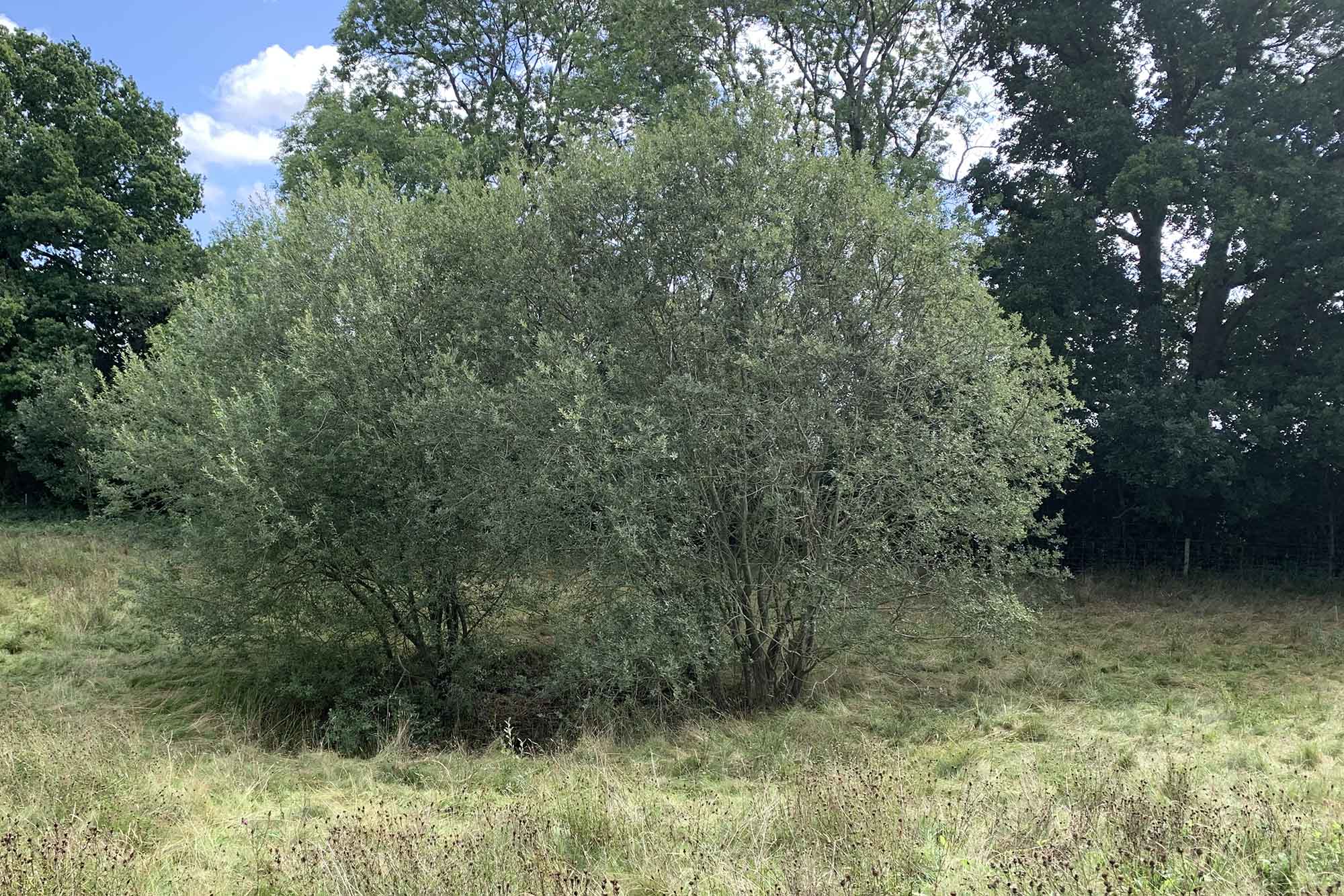 Crossway seasonal pond
The small seasonal pond is dominated by two large grey willows (Salix cinerea) and is currently of fairly low ecological interest. The few aquatic plants present include marsh speedwell (Veronica scutellata) and floating sweet-grass (Glyceria fluitans). Only one aquatic invertebrate species was recorded when the pond was surveyed in 2019: Ilybius montanus, a small black diving beetle which is characteristic of shallow grassy ponds and occurs in all the Birches Farm ponds. 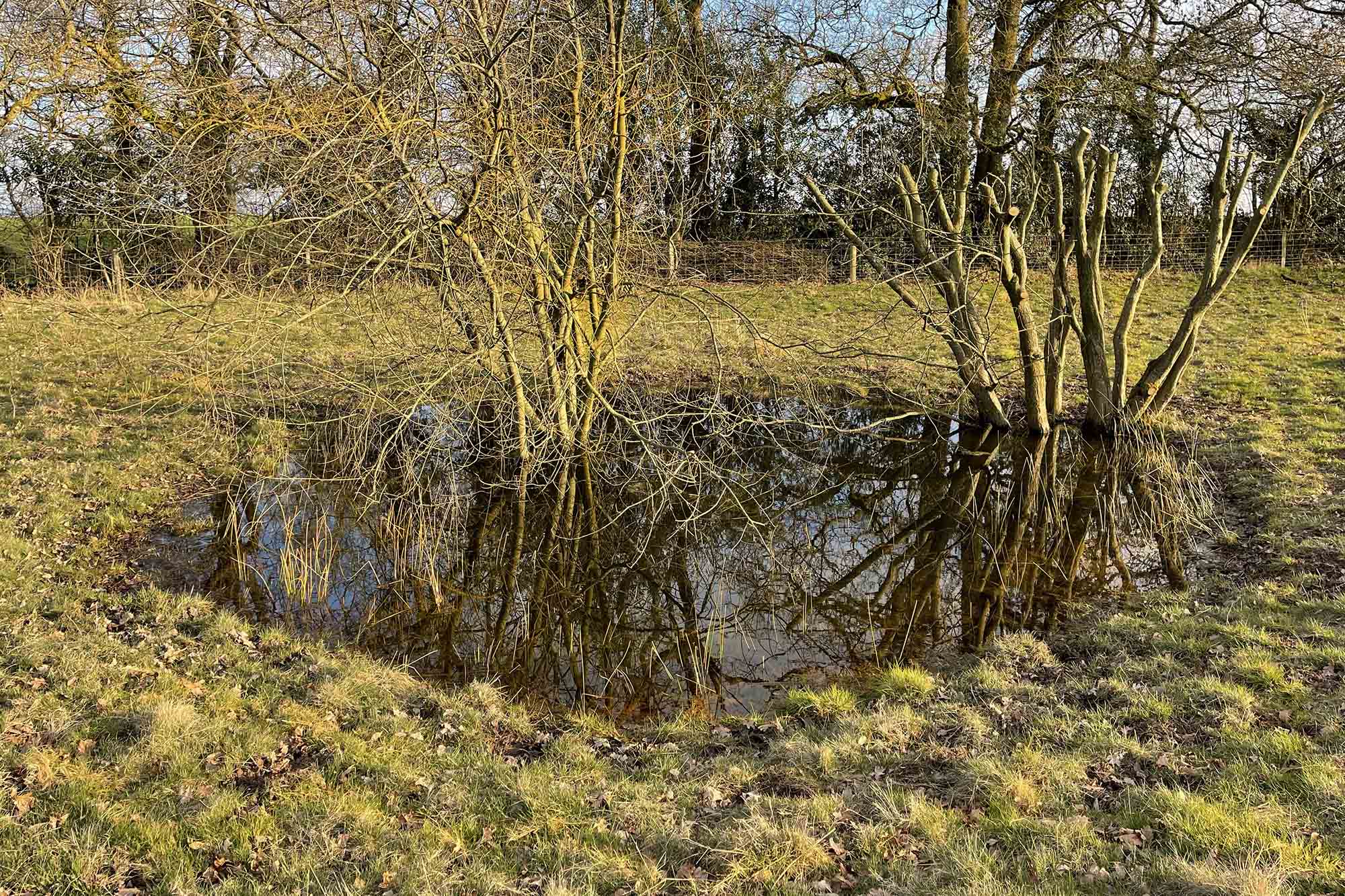 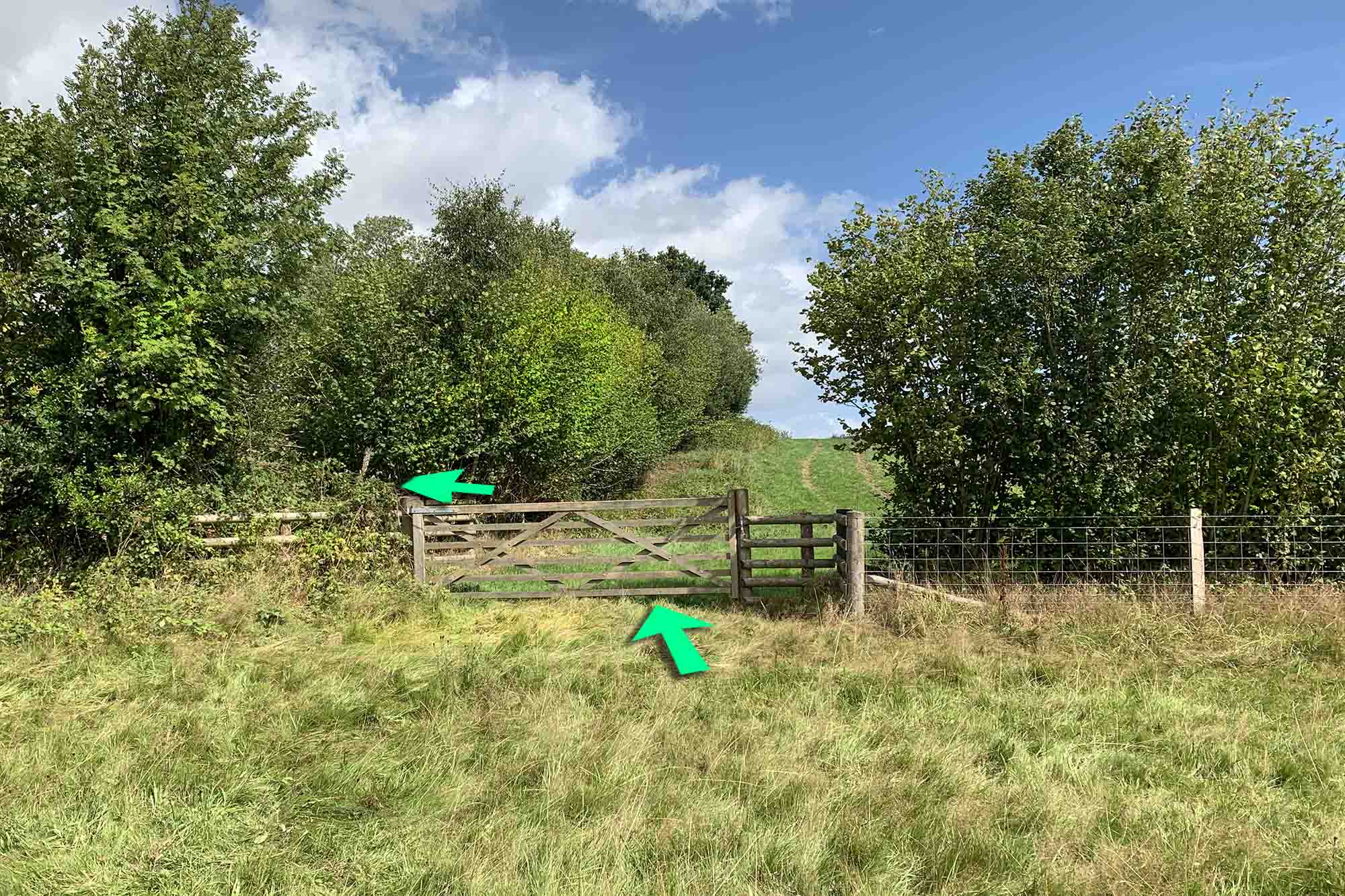 Return from Crossway Ponds
Return back to the gate and leave Crossway field. 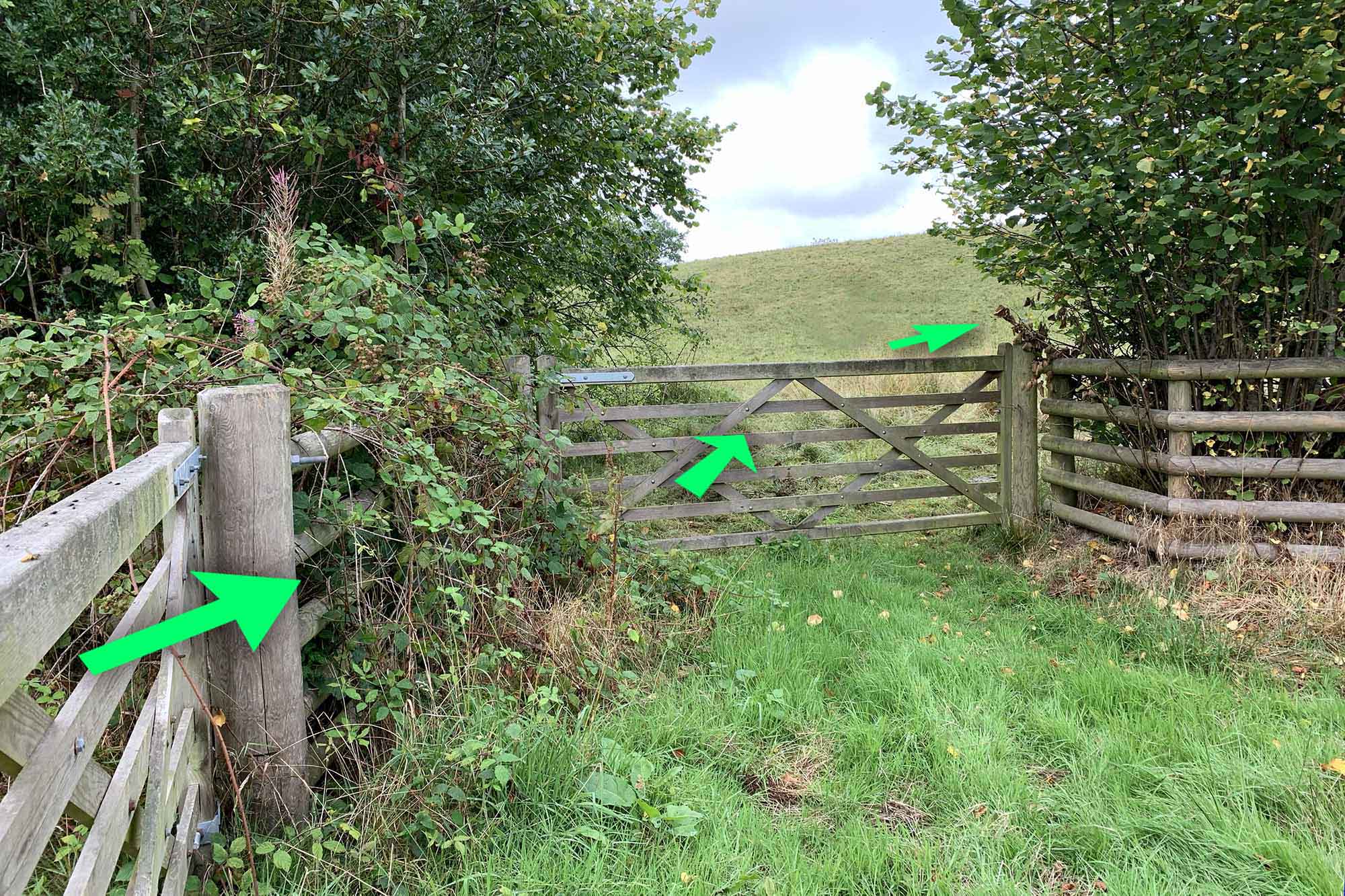 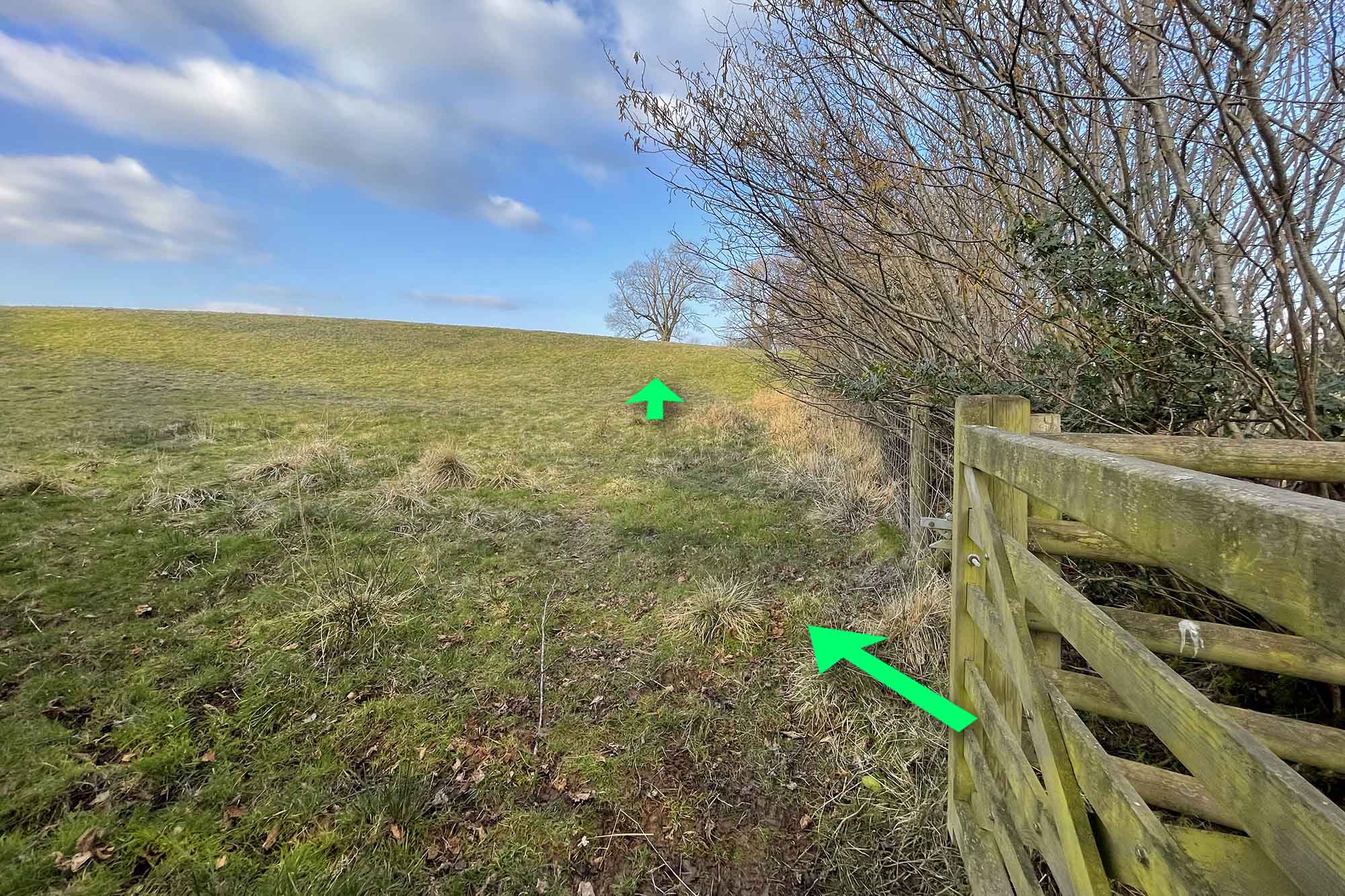 Climbing Little Bank
Climb Little Bank heading towards the trees.
Little Bank is another glacial hummock, actually the westward continuation of the hummock you crossed earlier in Cockshoot field. 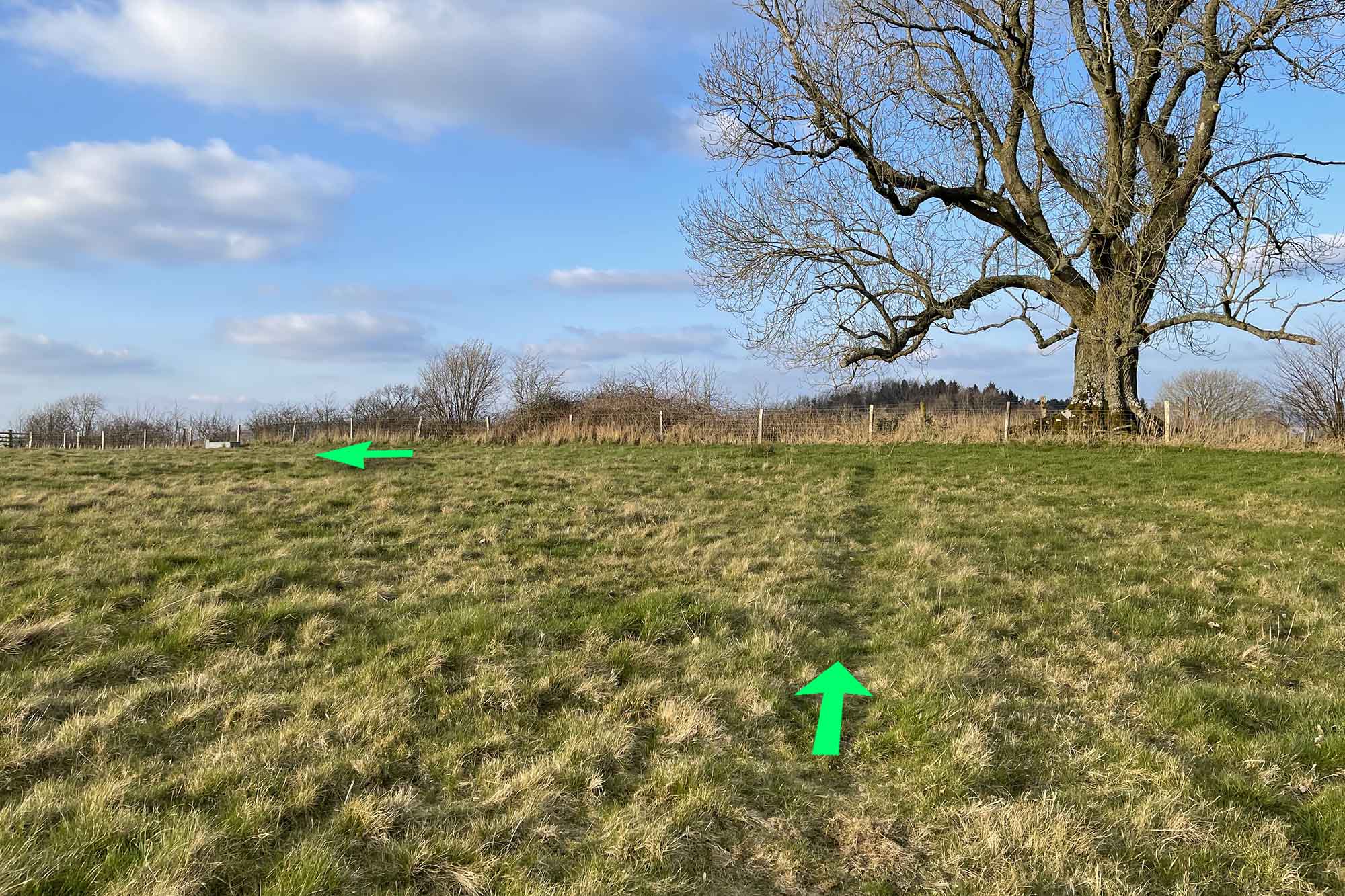 Along ridge top to seat
Once you reach the top of Little Bank, follow the line of the fence to the seat, which is just out of view on the left of this image. The top of the ridge provides good views to the north, west and south.