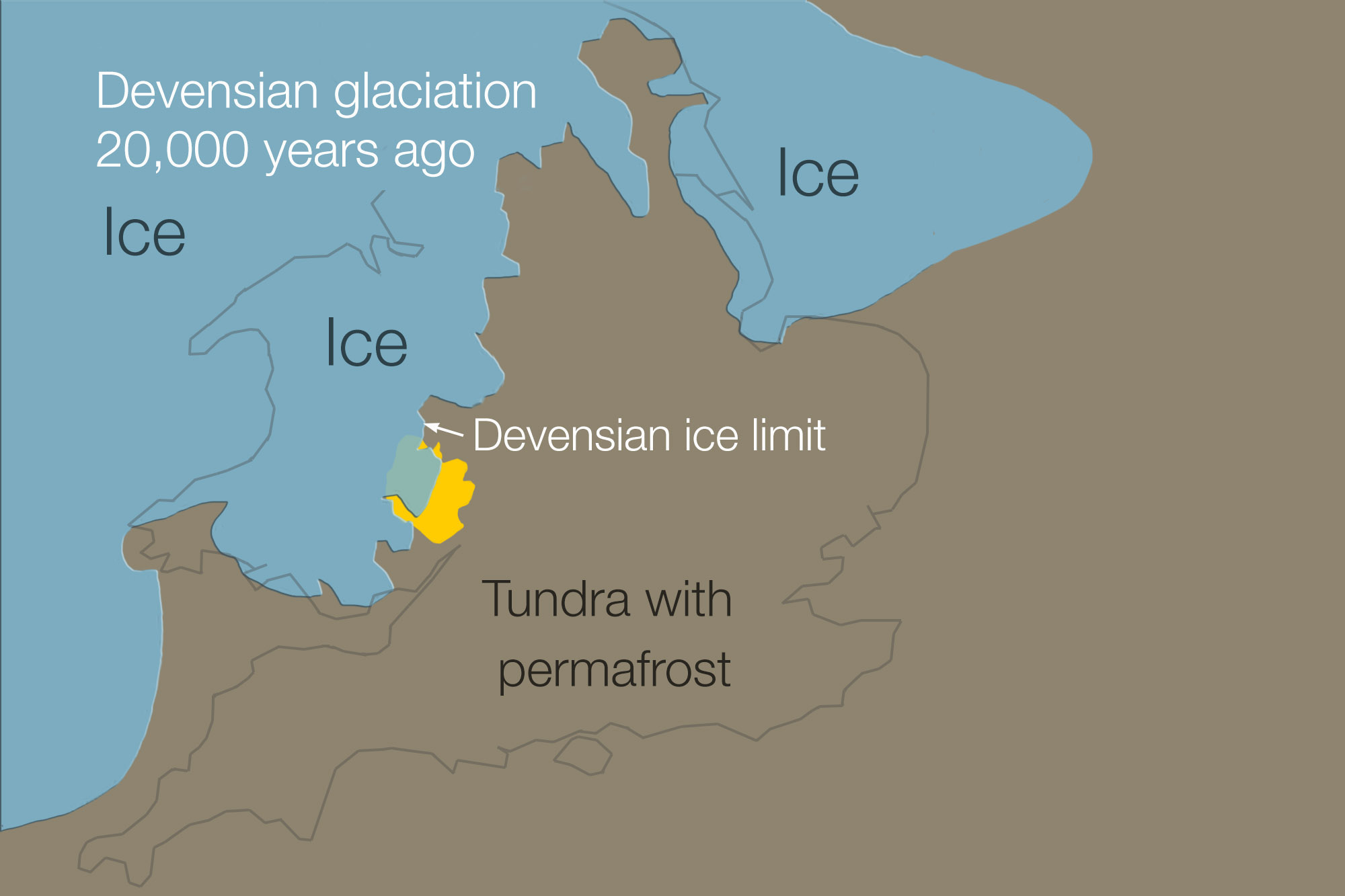 Devensian glacial
Here we refer informally to Ice Ages as intervals during the last half-million years when glaciers advanced across parts of the UK. These are also known as glacials, separated by warmer periods, such as today, which are known as interglacials.

This website and the IceAgePonds app are concerned with the last glacial, known as the Devensian. Here ice descended from the Welsh mountains and only covered the west of the county. Herefordshire is shown in yellow on the map above. 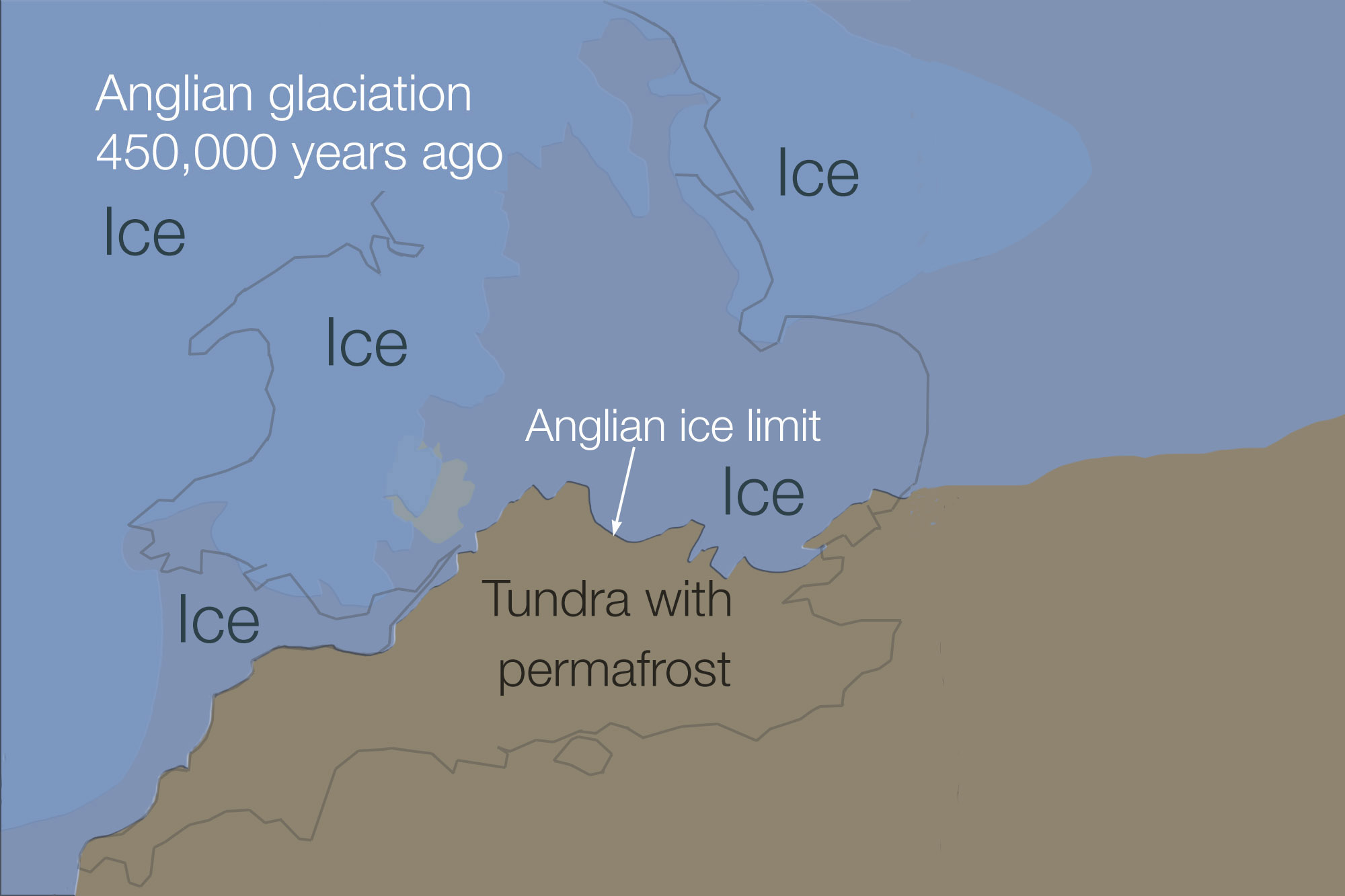 Glacial and interglacial events
This website and the IceAgePonds app are primarily concerned with the glacial landscapes created 25-20 thousand years ago in western Herefordshire with subsequent landscape and habitat evolution. This diagram illustrates the overall context of these events.

The green palaeogeography was the times the UK land was not cut-off from the rest of continent by the sea – it was a peninsula of the continent. 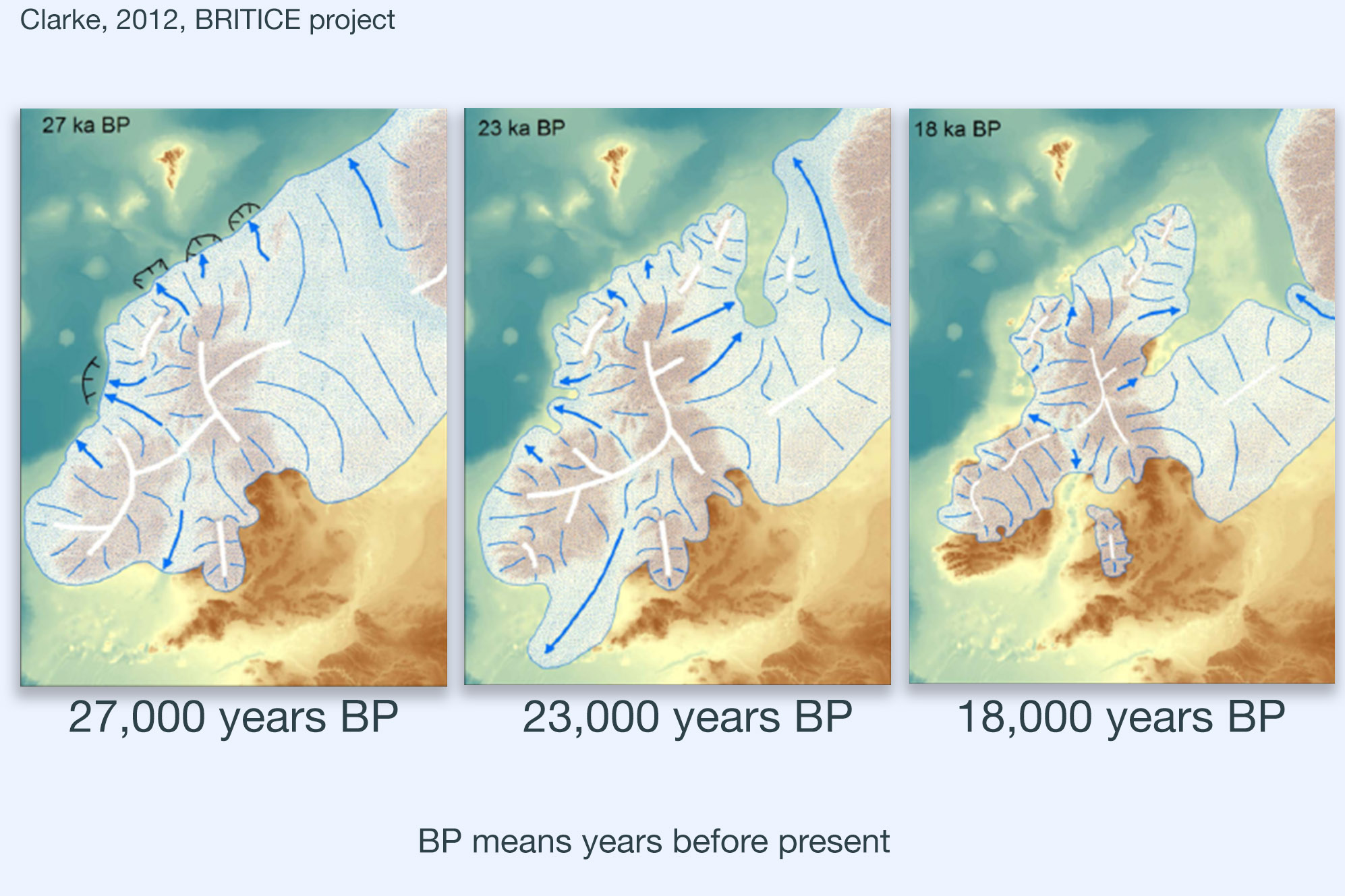 Glacial advance and retreat
Here are reconstructions of the British and Irish ice sheet near the end of the Devensian glacial.

The glaciers flowed outwards from high ground such as the Welsh mountains (Clark, 2012, BRITICE project). 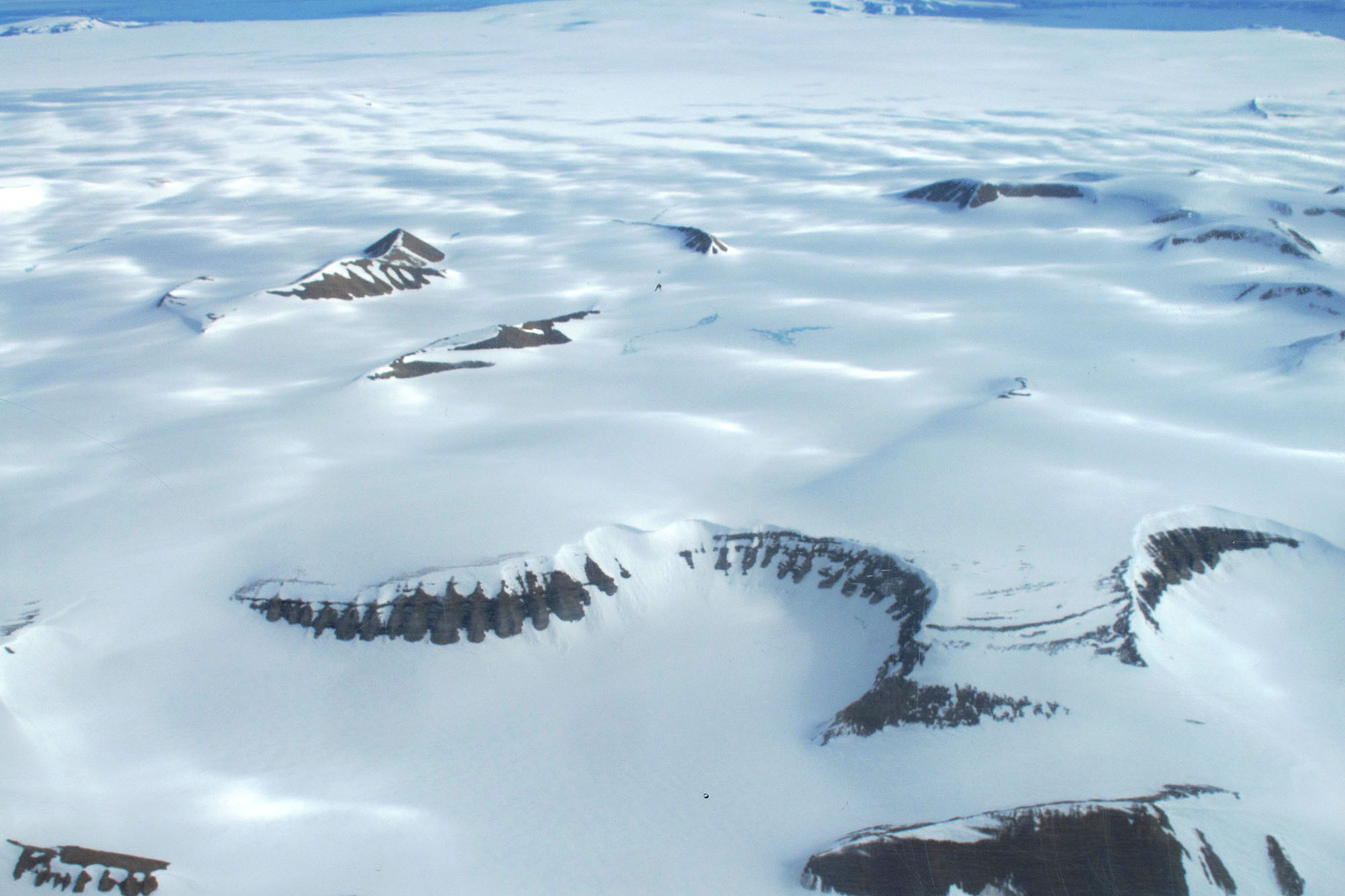 Western Herefordshire under ice
This photograph from the modern highland glaciers of Svalbard gives an impression of what the ice sheet would have looked like in an area about 10 km (6 miles) across, with rocks outcrops poking out as nunataks from the ice. 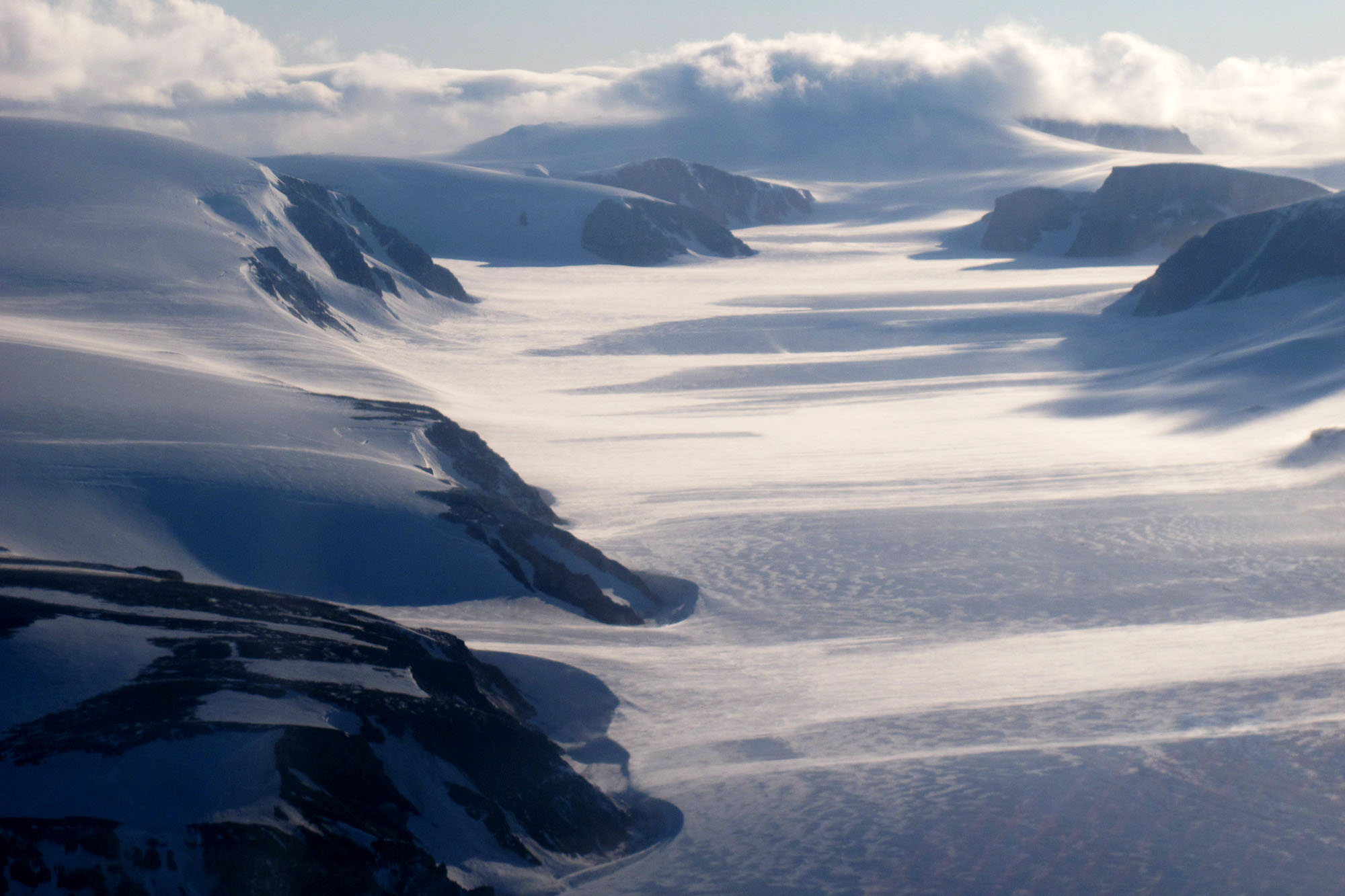 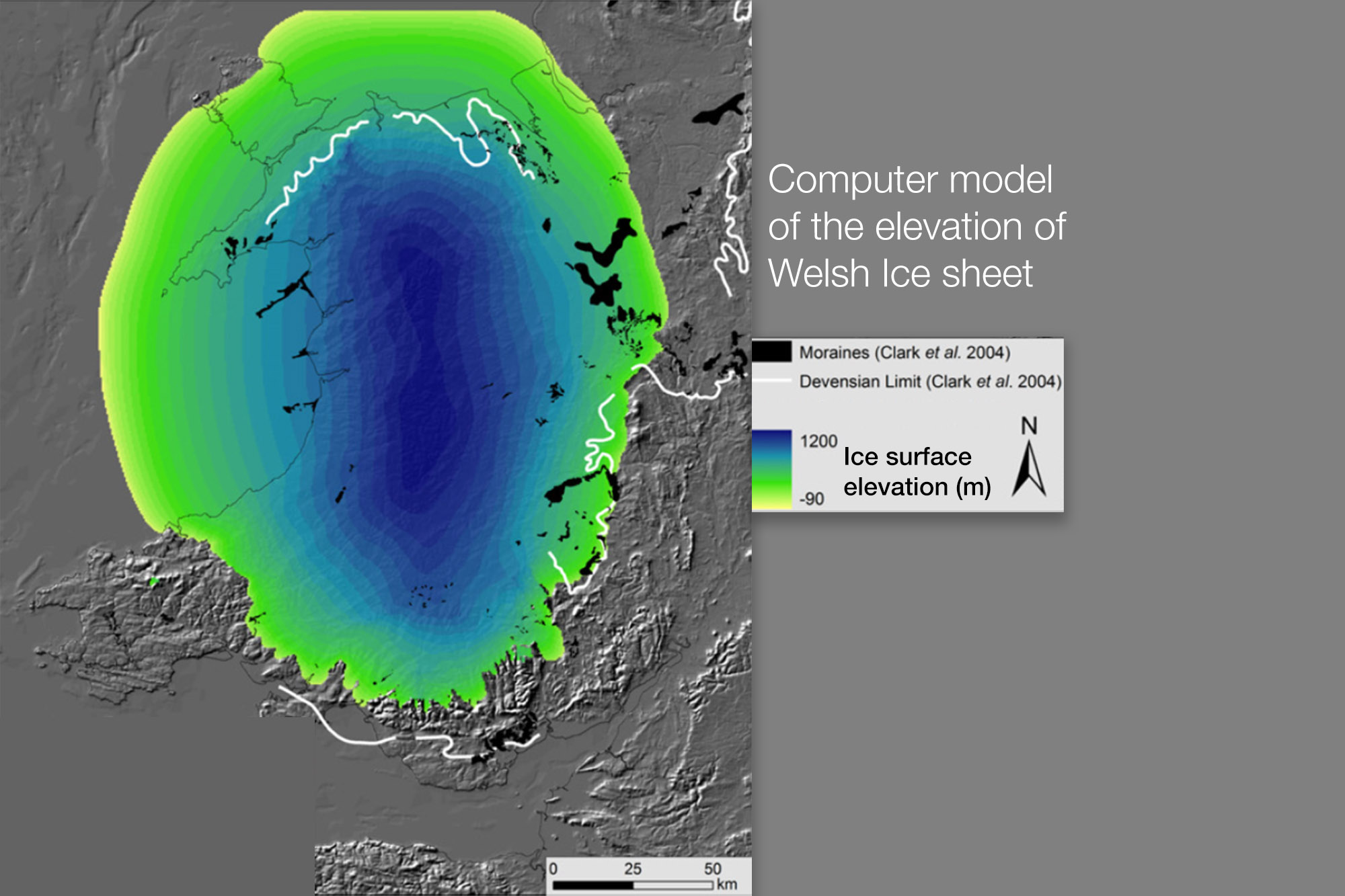 Welsh Ice sheet thickness
Map from a computer simulation of the Welsh Ice sheet at its maximum extent (Patton, 2013) showing the velocity of ice movement in metres per year. 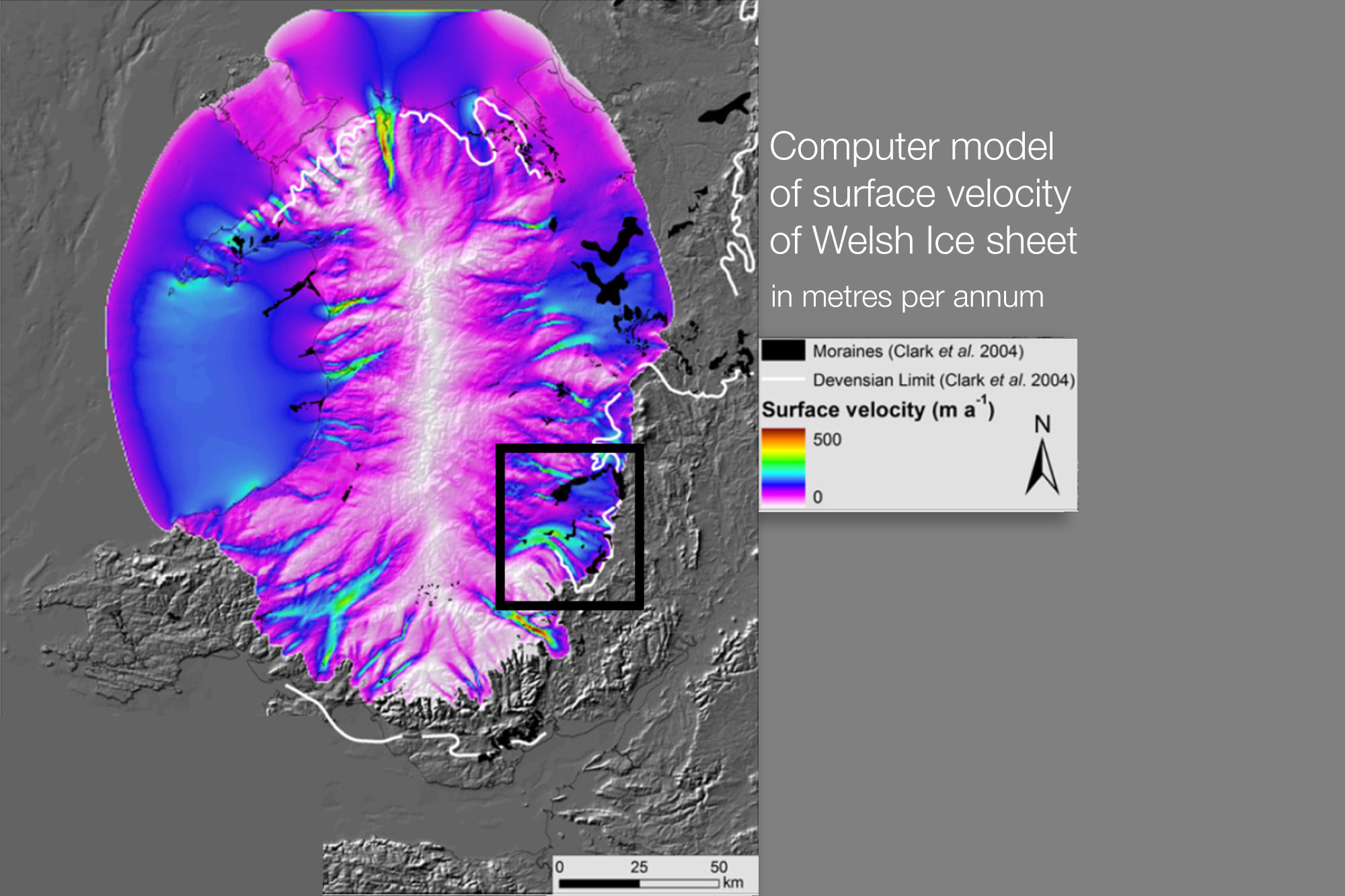 Welsh Ice sheet velocity
Map from a computer simulation of the Welsh Ice sheet at its maximum extent (Patton, 2013) showing the velocity of ice movement in metres per year.

The black rectangle marks the location of western Herefordshire. 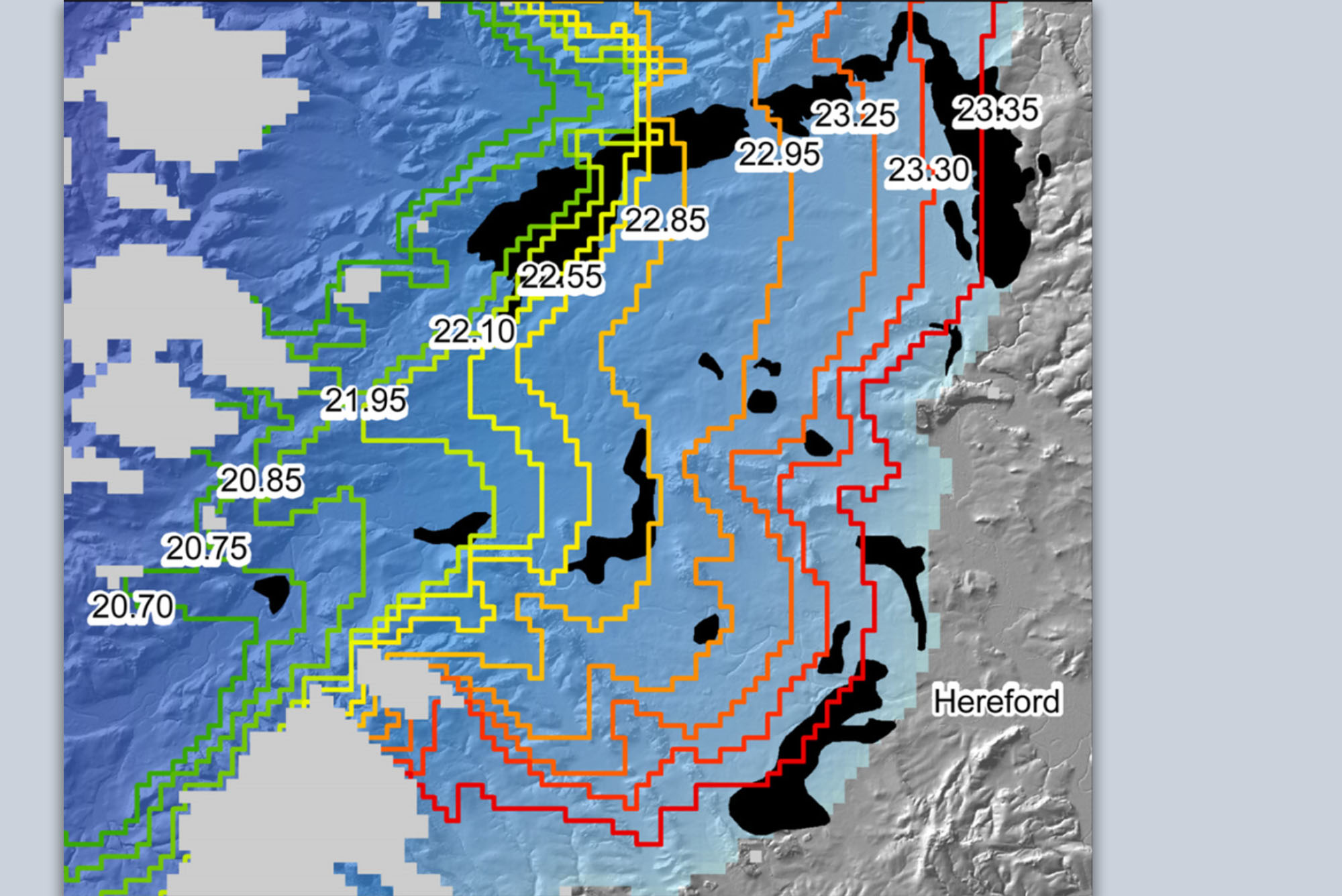 Moraines (shown in black) represent accumulations of glacial debris and form when the ice margin stayed at a particular location for some time during its retreat and so the model provides possible dates for these. There is no moraine along most of the eastern extremity reached by the ice margin (e.g. Site 1 of the car/cycle tour), suggesting that the glacier did not persist long there. The Staunton moraine (Site 14 on the car/cycle tour) lies on the 22.85 thousand years timeline, following 500 years of overall retreat of the ice margin. Overall, the model suggests that ice did not stay in Herefordshire for more than a couple of thousand years.