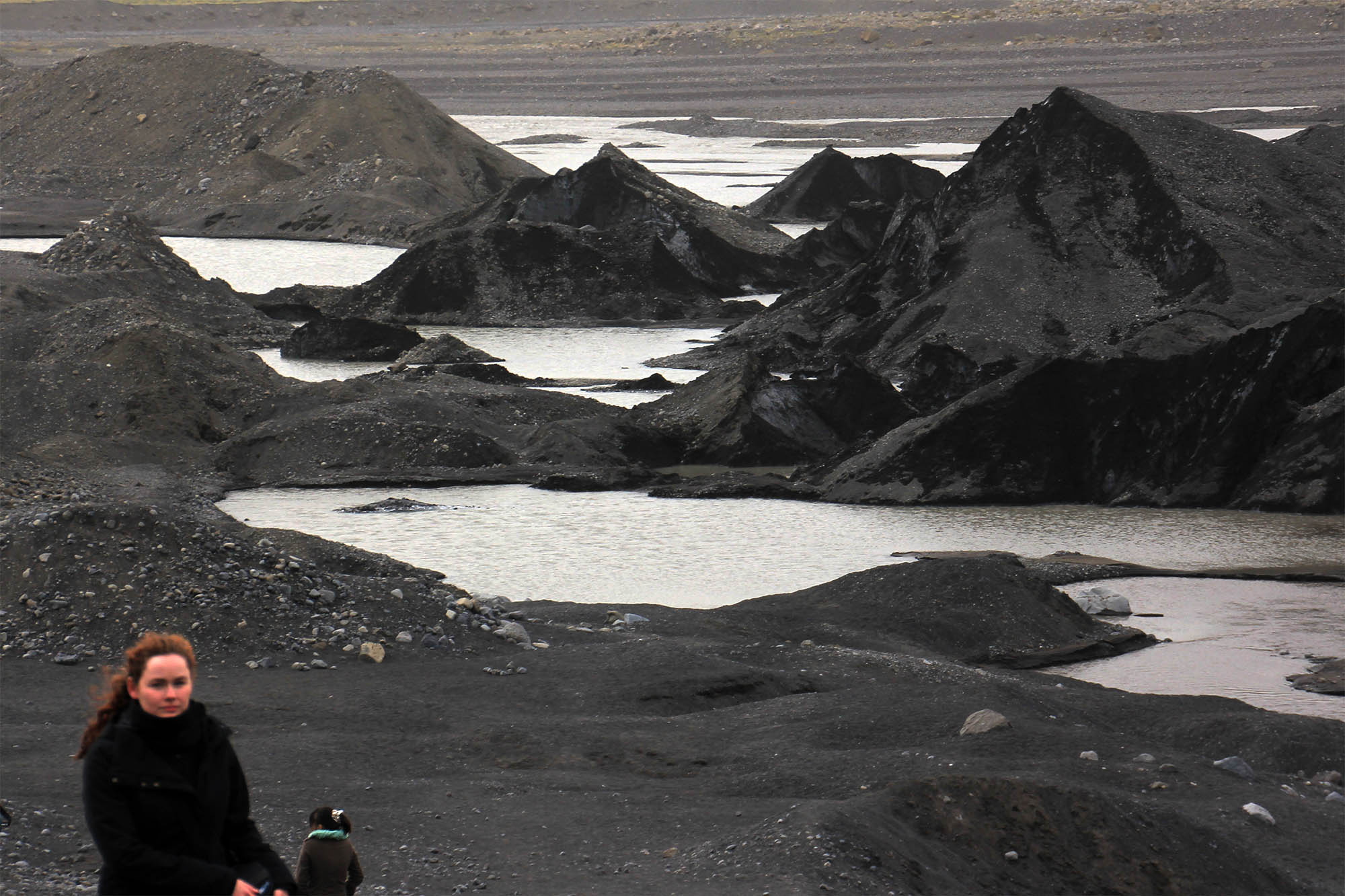 Moraine
Ridges or mounds formed of glacial sediment. Ridges may be parallel to or perpendicular to glacier flow, whilst mounds may be isolated or in groups, elongated or lacking elongation. Mounded moraine is referred to as hummocky moraine.

A terminal moraine forms an arc at the furthest extent of the ice, but in western Herefordshire the ice limit is not marked by a moraine. Instead, the most conspicuous moraines parallel to ice margin were formed during retreat as recessional moraines, marking a still-stand of the ice margin (e.g. Staunton moraine, Orleton moraine).