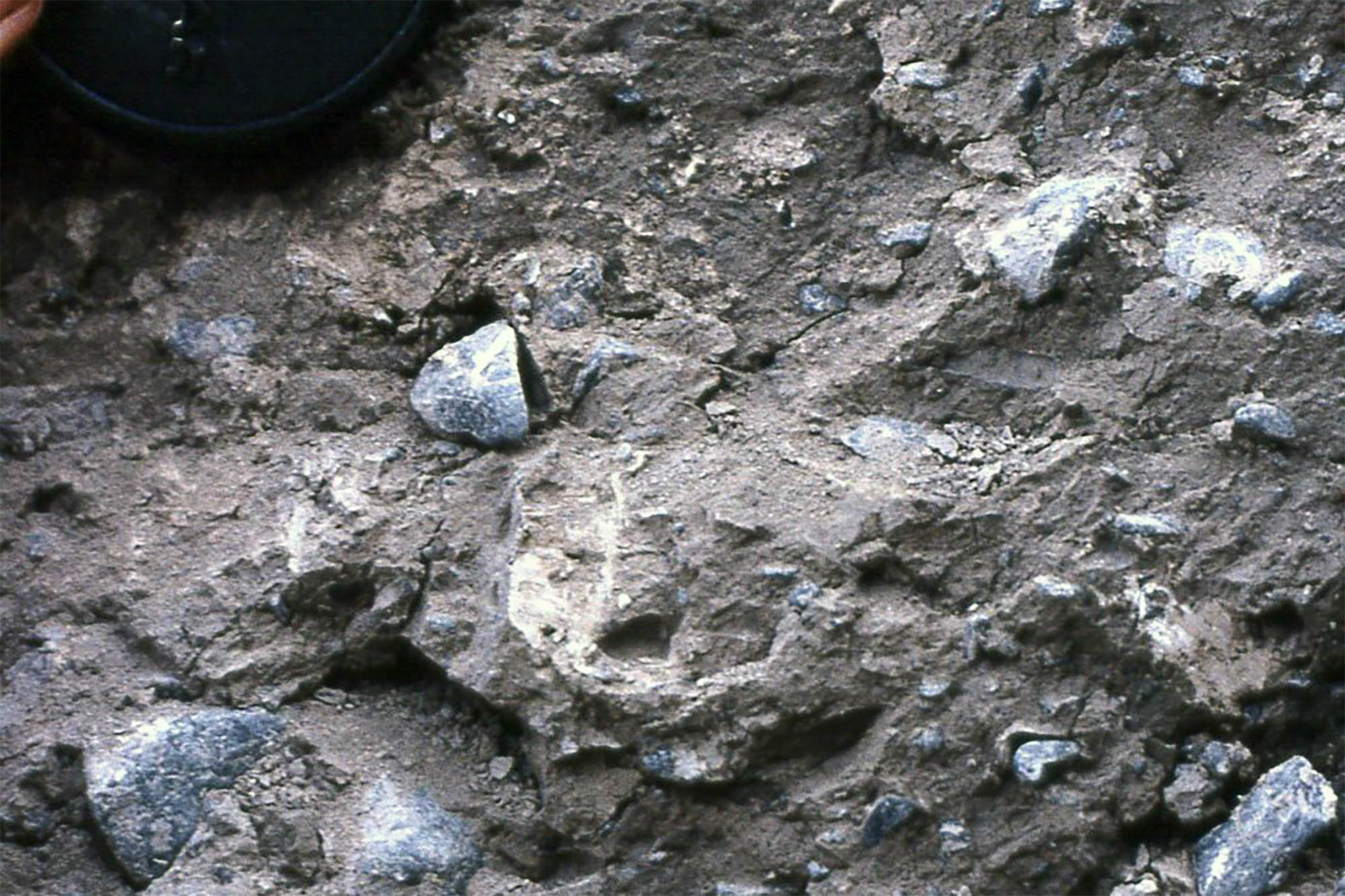 Till
A deposit laid down in association with a glacier. Roughly equivalent to the old descriptive term boulder clay (the modern term is diamict). However, diamicts can also form by downslope sediment movement.

Tills can be laid down under the ice and, if so, are typically

1) well-consolidated under the pressure of the glacier,
2) sometimes sheared, and
3) pebbles become aligned parallel to ice movement.

Till can also form by ablation (melting and sublimation) of ice on its surface which is a process important for many hummocky moraines. Ablation till is less well consolidated and easily flows downslope when it first forms.